2017 was a year with abundant fruit production for the Cretan abelitsia (Zelkova abelicea), a so-called masting year. Fruit were recorded on numerous trees throughout Crete. Although in several areas (mainly central and eastern Crete) the large majority of fruit were found to be not sound, trees in specific areas of western Crete were found to have “good” percentages of production of sound fruit. This led to the discovery in spring 2018 of thousands of Zelkova abelicea seedlings growing in the vicinity of these trees! However, unless protected by human-made structures (e.g. fences) or naturally (e.g. growing within spiny bushes or rock cracks), the survival of these seedlings is almost null due to strong overbrowsing of the concerned areas. 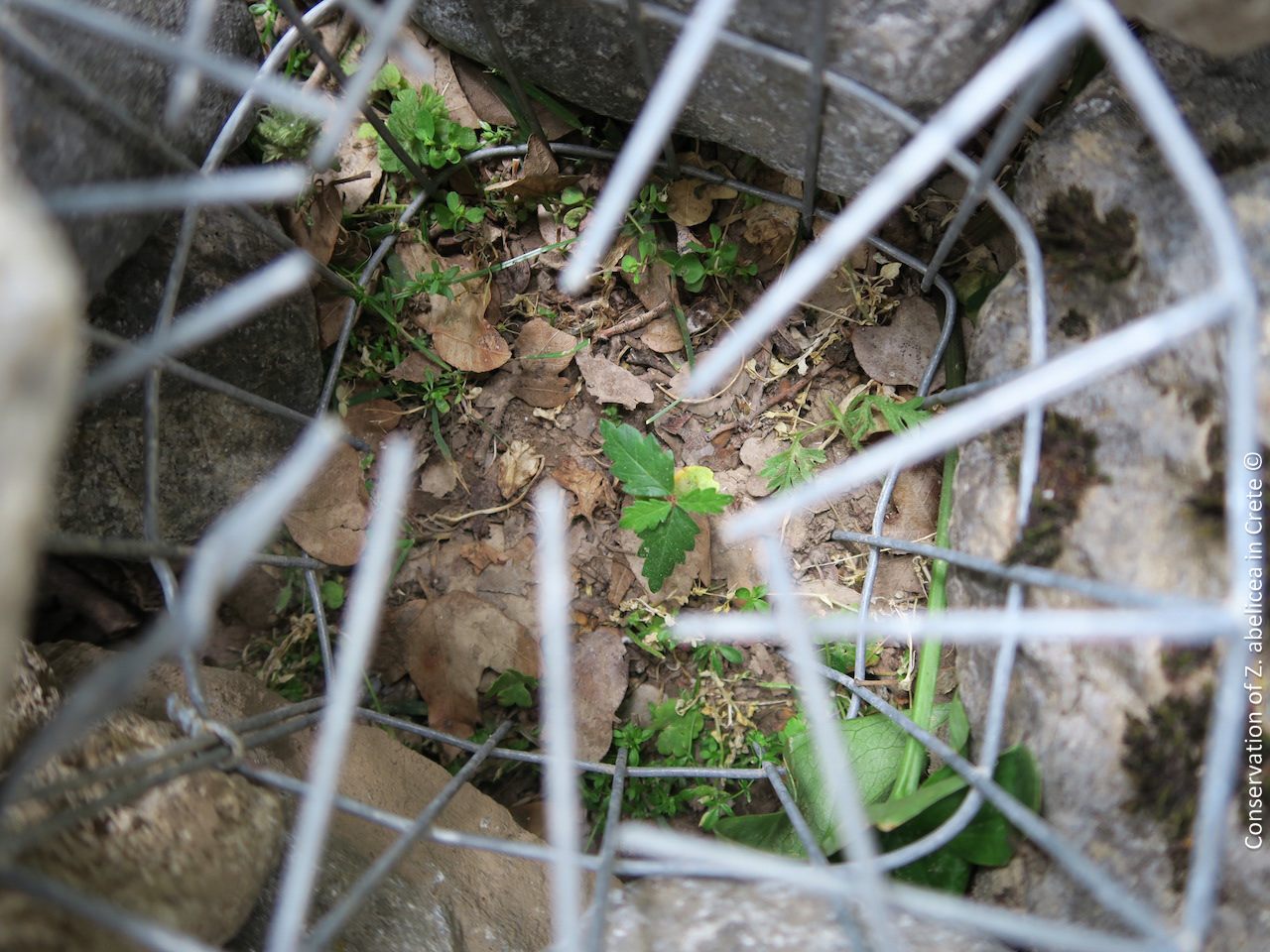